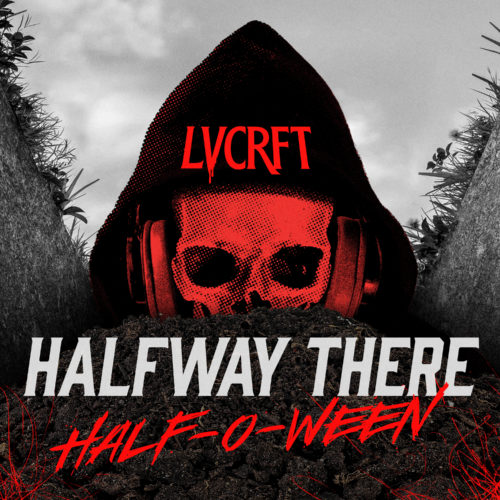 Well Spooky Freaks, we made it! (Or almost made it) We’re Halfway There, it’s Half-O-Ween! And as you know we couldn’t leave you out in the cold with out delivering the FIRST EVER official Half-O-Ween anthem. Our new song “Halfway There (Half-O-Ween)” is out NOW, just in time to get your paranormal pre-game on for Saturday May 1st–AKA the actual Half-O-Ween!!!! (Or is it Halfoween? How do YOU spell it? (Halfaween?))

“Halfway There (Half-O-Ween)” has everything…zombies..goblins…ghouls…Ghost M’lone with the first quotable lyric of the summer…and of course the vocal stylings of not one, not two but four of our very own slasher seven vocalists–Evil McQueen, DeepKutz, Scary Ana Grande and DejaVudu all represent on this track laid down by our resident record crate digging Norman Crates.

For LVCRFT, SPOOKY SEASON STARTS NOW and it doesn’t stop until Dia De Los Muertos DOS drops in November. That’s right, after today there’s no turning back. We’re dropping new treats for your tricks every 3 weeks through October.

But for now get ready to turn it up, get down and COME ALIVE because we’re HALFWAY THERE…!