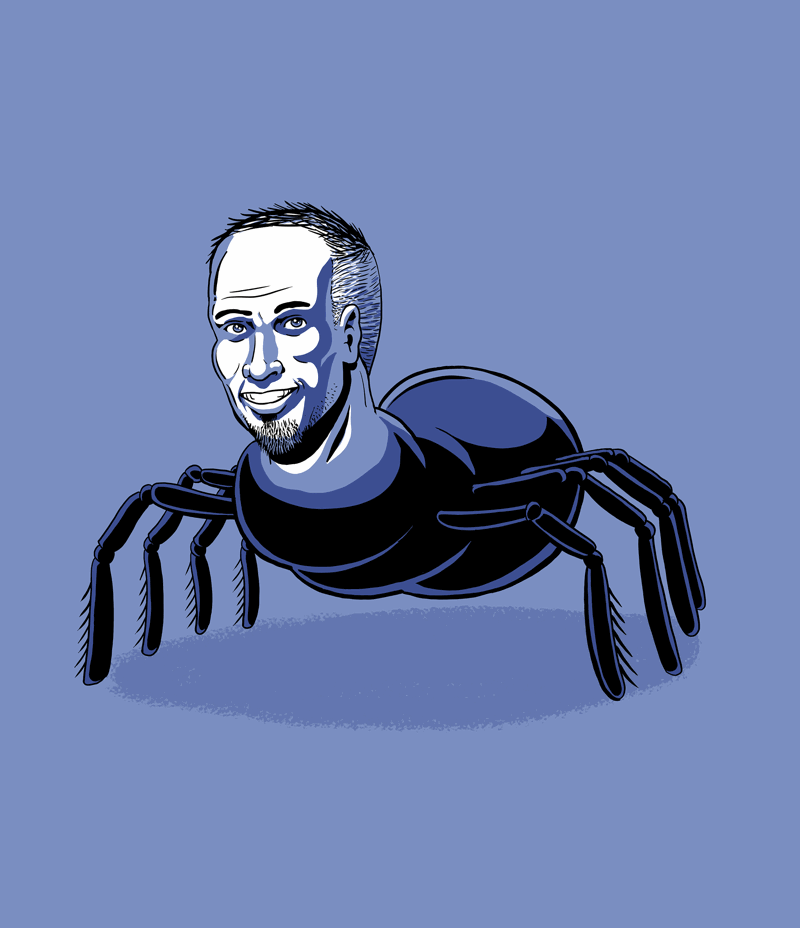 The Iconic John Kassir told us that while recording a vocal overdub late one night in a private recording studio secretly built upon the remains of a decades old nuclear waste site, he was bitten by a spooky contaminated atomic spider. He woke the next day struggling to escape the sticky web cocoon he had been imprisoned in.

As he gradually tried to untie the web from within, he found it quite easy, now that his entire body had been transformed into that of a spider! That’s why if you search the web for him you’ll only find portraits of his head from the shoulders up.