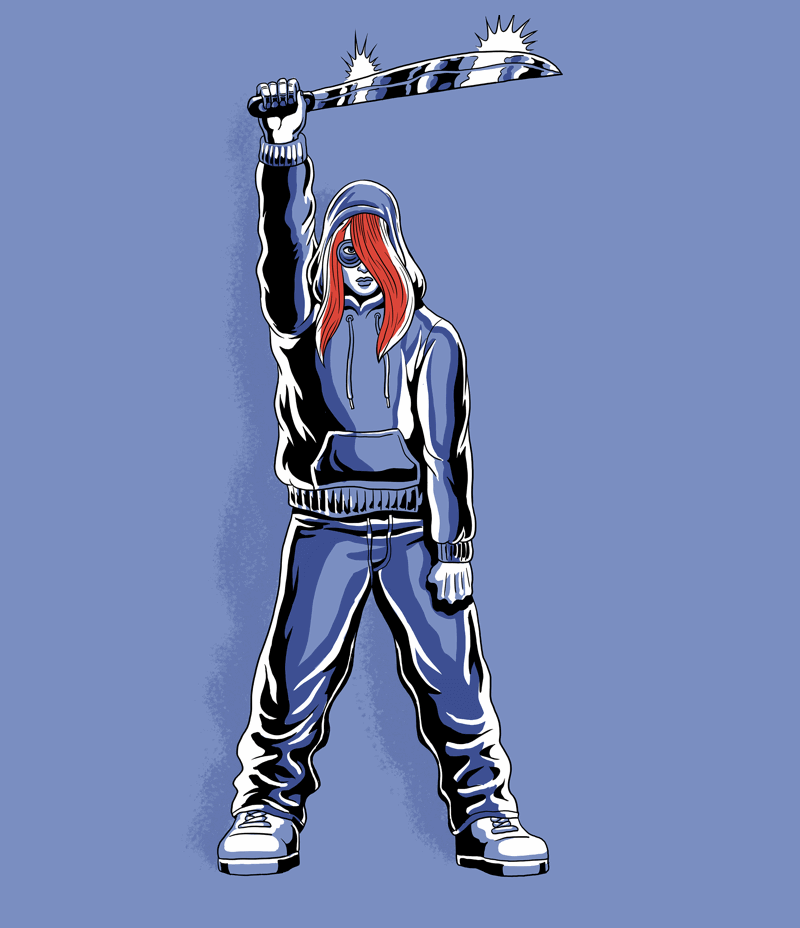 Don’t let the glasses fool you, her venomous vocals and lyrics are sharp as her machete.